Born in the Saint James district of Port of Spain and raised in the Queens borough of New York City, she gained public recognition after releasing the mixtapes Playtime Is Over (2007), Sucka Free (2008), and Beam Me Up Scotty (2009).

Early in her career, Minaj was known for her colorful costumes and wigs, her distinct flow, and the use of alter egos and accents, primarily British cockney. After signing with Lil Wayne’s Young Money Entertainment in 2009,

Minaj released her first studio album, Pink Friday (2010), which peaked at number one on the US Billboard 200 chart and was certified triple platinum by the Recording Industry Association of America (RIAA). 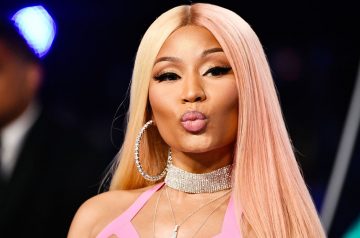